The current world is characterized by volatility, uncertainty, complexity, and ambiguity, due to its high global connectivity and the ever-increasing pace of change. In this security environment, the armed forces guarantee effective defense of the Czech Republic against external attack, which will be influenced by the dynamically changing security situation and the associated threats and risks. In the framework of an effective response to possible risks and threats, it is necessary to have a developed Czech Armed Forces operating concept, which formulates the basics, operational factors and ways of using the armed forces, on the basis of which military capability requirements are derived. The appropriate tool for creating operational concepts and determining the capabilities required for the use of the armed forces in the future are scenarios. Scenarios are commonly understood as carefully crafted stories that describe a possible future. On a theoretical level, a number of authors are concerned with the scenarios, such as Marša and Kubeša[1], Melichar[2], Spišák[3]. Even though the use of scenarios is a proven and widely used approach to designing operational concepts and as part of the capability planning process, their practical use within the defense sector was rather unique. In the Czech Armed Forces the issue of the scenarios is dealt with for the first in the recently approved "Draft of Concept of use of the Armed Forces of the Czech Republic up to 2030", prepared on the basis of the expected development of the security environment. It includes ten briefly described generic scenarios of potential employment of the Czech Armed Forces.

The aim of this article is to describe some possible approaches to the scenario development process and to show the different internal structure of the scenarios used in the civilian sphere and in the NATO and EU capabilities planning process.

The history of the scenarios is described in detail in a number of articles, and therefore in this paper only some important milestones that have influenced their development are mentioned. The first scenarios emerged following World War II, as a method for military planning. The U. S. Air Force tried to imagine what its opponents might do and prepare alternative strategies. In the 1960s, Herman Kahn, who had been part of the Air Force effort, refined scenarios as a tool for business prognostication. He suggested that planning must be based on the assumption that something is predictable.[4] In the years to come, the use of the scenarios has abundantly extended both in public and private spheres, where it serves as an input into strategic planning. At the beginning 1970s, scenarios attained a new dimension, mainly due to the work of Pierre Wack, who worked for the Royal Dutch Shell Company. Pierre Wack separated issues which were predictable from those which were uncertain, and worked with uncertainties and how they influenced various scenarios. In the early 1970s, Pierre Wack’s team applied these approaches during strategic scenarios development relating to the oil market. The Wack’s team submitted to the Shell top management scenarios describing a possible future development of the price of oil in the case of the oil crisis. When the oil crisis really happened in October 1973, after the Yom Kippur war in the Middle East, Shell was better prepared than other oil companies. As Art Kleiner stated within ten days after the Arab-Israeli war broke out, the planners had a written scenario package that explained the implications of what was happening.[5] Shell’s ability to act quickly has been credited with moving the company into the lead in the oil industry.[6] Shell’s lessons learned has unequivocally demonstrated the benefits and credibility of using scenarios to make strategic decisions. In the years to come, this would become the form of scenario planning widely used by business and government.

Various methods and techniques for developing scenarios, ranging from simplistic to complex, qualitative to quantitative, can be found in the existing literature. As it is not possible to explain each method or technique in detail, I will focus on the some selected examples.

One of the most frequently cited used methodology is the eight-step approach of Peter Schwartz which was published in his well-known book “The Art of the Long View”, where he defined following eight steps to developing scenarios:[7]

According to Schwartz, the first step during scenario development is to identify a focal issue or decision. He also recommends the idea to begin scenario development “from the inside out” rather than “from the outside in”. That is, begin with a specific decision or issue, then build out toward the environment.[8]

Step two is to identify the key forces in the local environment. What key factors can influence the success or failure of the decision or issue identified in the first step? By means of brainstorming the components of a given problem are generated, such as customers, suppliers and other actors etc. affected by decisions. Once the key factors have been identified, the third step involves brainstorming driving forces in the macro-environment. These include political, economic, technological, environmental and social forces. Step four includes the analysis and the ranking of key factors and driving forces on the basis of their importance and degree of uncertainty. The selecting of the scenario logic within step five is the key phase of scenario development. In this phase, we select one to three key drivers which are fundamental for us, and, at the same time, uncertain. The output of this step is just a few “skeletal” scenarios which will differ from each other. Step six, fleshing out the scenarios, returns to step two and three. Each key factor and driving force is given attention and manipulated within the matrix developed in the scenario logic, of step four. Plausibility should be constantly checked from this point. Step seven examines the implications of the key factors determined in step two. The initial issue or decision is “wind tunnelled” through the question such as: Does the decision look good across only one or two scenarios? What vulnerabilities have been revealed? The final step is to select leading indicators and signposts that will signify that actual events may be unfolding according to a developed scenario. At the end of step eight Schwartz recommends, once the different scenarios have been fleshed out and their implications for the focal issue determined, that it is worth spending time and imagination on identifying a few indicators to monitor in an ongoing way.

Petr Knap, a Czech manager (Consulting & Automotive Advisory CSE at EY) dealing with issues of improving performance and managing risk focusing on manufacturing,  in his article “Strategic scenarios”[9] defines the general process of the scenario development methodology which consists of ten steps:

By comparing the various methods for scenario development that can be found in the literature, it is possible to conclude that there is no standardized process for constructing scenarios. Although the methods used to develop scenarios differ among the various methods in the number of steps or phases and the terminology used, in broad outline they all have the same or similar basic elements and process. The typical process of constructing a scenario consists of a series steps or phases which are completed sequentially. Figure 1 shows the possible option of the process of scenario development which has evolved from a number of different sources. 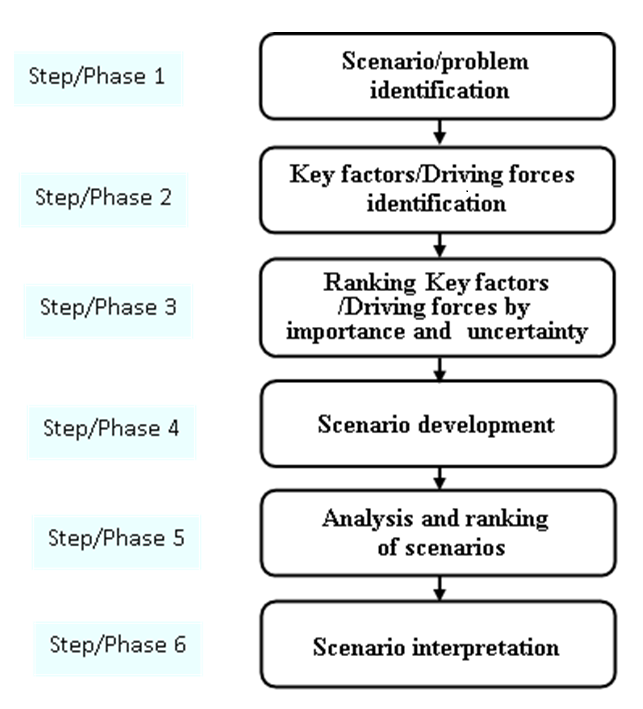 Figure 1: The process of scenario development

The use of scenarios is a proven and widely used approach within the second step of
the NATO defence planning process (NDPP) in which the capability requirements to fulfil the Alliance’s full spectrum of missions are determined. The process of determining requirements including the Capability Requirements Review (CRR) uses analytical tools coupled with relevant NATO expert analysis and it is done once in four years. The starting point of the CRR development are some selected  comprehensive scenarios - Generic planning situations (GPS) which were created by Allied Command Transformation with analytical support from NATO Communication and Information Agency (NCIA) and Subject Matter Experts from across the Alliance. A GPS generally describes the political, military, socio-economic, geographic and other circumstances in which a particular NATO Mission Type (MT) may occur. Within the CRR 2012 the GPS were developed based on the MTs defined by NATO policy, directions and concepts. These MTs were as follows:[12] Collective Defence, Counter-Terrorism, Peace Enforcement, Peacekeeping, Extraction Operation, Enforcement of Sanction and Embargoes, Conflict Prevention, Consequence Management, and Support of Humanitarian Assistance Encompassing Disaster Relief. The inner structure of GPS has a similar structure, consisting of seven steps. The general structure of each GPS is as follows:[13]

The advantage of the methodology on developing generic scenarios is a decrease in political sensitivity and security classification due to avoiding reference to specific geostrategic situations and naming of opponents. The GPS can be further developed, if necessary, by specific planning situations (SPS). For the processing of SPS, specific information on the geo-strategic circumstances and identified opponents as a result of intelligence analysis is used. The relationship among mission types, generic planning situations and specific planning situations is illustrated by Josef Procházka in his textbook "Scenarios in the Planning Process". (Figure 2)[14]. In this way, GPSs and SPSs allow to create different model situations for the intended use of the armed forces. 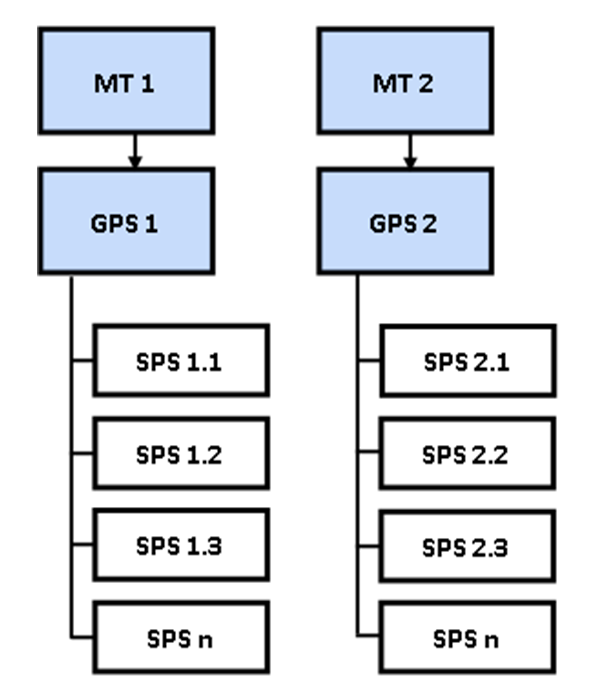 Figure 2: The relationship among MT, GPS and SPS

At the present time, there are a considerable number of possible ways of developing scenarios. Based on literature reviews, however, there is no universal rule or even the “appropriate” approach to developing scenarios. Despite the wide variety of different scenario approaches, some common features and elements can be identified. Choosing the appropriate methodology implies the construction of a quality scenario. For the scenarios to fulfill this role, the following principles should be followed. Such scenarios are:

The fulfillment of tasks of the Czech Armed Forces is influenced by the dynamically changing situation of the operating environment, its complexity, uncertainty and the associated threats and risks. In order to respond effectively to these situations, it is necessary to prepare various proposals and concepts that will lead to the adoption of the right strategic decisions. Scenarios are one of the simplest ways to provide decision makers with comprehensive information on future opportunities in the given field. Within NATO and in the EU, scenarios are an effective tool in capability planning and as such are commonly used. The Ministry of Defense is planning to issue ten generic scenarios of possible deployment of the Czech Armed Forces included in the recently approved "Draft of Concept of using the Armed Forces of the Czech Republic to 2030", elaborated on the basis of expected development in the security environment.

Both the way in which these scenarios are being developed and their content reflects the fact that within the Defense sector the issue is not yet fully solved, and the methodology of scenario development is not described, and, therefore it is not part of the valid legislation. As a result, a single form of internal structure and content of scenarios is not established within the Defense sector. In order to contribute to the improvement of this situation, the Center for Security and Military and Strategic Studies of the University of Defense in 2015 started the elaboration of the project "Strategic Alternatives for the Construction and Development of the Czech Armed Forces". One of the five objectives of the project is the development of generic scenarios for the use of the Czech Armed Forces, which includes the creation of a scenario-making methodology. This methodology of scenario development will reflect the best experience from both NATO and the EU and its individual member states.

“At times, the world can look so complex and unpredictable that it becomes hard to make decisions. Scenario building is a discipline for breaking through this barrier”. (Ged Davis, 2002).